The Berezina biosphere reserve is an area primarily covered in pine forests which alternate with moors and flood plains. The reserve has an overall surface area of 85,200 hectares and is to be found about 100 km northeast of Minsk. Untouched forest and extensive moors are typical of the reserve. Overall the moors cover 50,700 hectares, which makes it one of the most widespread moorland areas in Europe. It can absorb vast quantities of carbon dioxide from the air and is therefore of vital importance for climate protection.

Thanks to its biological diversity, the biosphere reserve is of significance well beyond the borders of Belarus. It is home to four dominating ecosystems: thick forests, deep swamps, lakes with abundant water and vast wild meadows. The forest is predominant, covering about 89% of the overall area. The original formations of vegetation: Scot’s pines, black alder woods and downy birch, which are to be found in the extensive swamps, are of particular importance.

The River Berezina (Belarusian: Bjaresina) is part of the water system in the biosphere reserve, along with many smaller rivers, streams and connecting channels, as well as old river beds and numerous lakes.

The biosphere reserve lies in the river basin of the Berezina and Essa, which are likewise part of the Black Sea and Baltic basin. The watershed between them lies in the north-eastern part of the reserve. The River Berezina has its source 45 km farther away on the northern edge of the reserve. The river winds its way through the reserve over a length of 110 km. Its banks are lined with numerous backwaters and lakes.  Canoe tours on the Berezina are extremely popular due to its interesting course. The largest tributary of the Berezina is the Sergutch, which is 35 km long. The rivers are abundantly filled and usually the spring floodwater floods the reserve in March, subsiding only after 20-40 days.

The lakes in the reserve, which are largely connected with each other, are extremely rich in nutrients (eutrophic). The largest lake is called Palik and has a surface area of 712 hectares and looks like a broadening of the Berezina river bed on the southern boundary of the reserve. Part of the artificial Berezina water system also flows through the reserve, linking the rivers Berezina and Daugava. The system has an important role to play, helping to keep the water level constant. It was enlarged between 1797 and 1805 on the orders of Paul I (Russian emperor from 1796-1801) as part of the ancient trading route from the Varangians to the Greeks. Nowadays the river Berezina has lost its economic importance, as it is no longer passable for large ships. It is entirely left to itself and provides a habitat for a wealth of flora and fauna.

The tranquillity provided the perfect environment for flora and fauna. In the meantime, more than 230 bird species live in the biosphere reserve, of which 56 are on the red list of endangered species. Among the rarest species are the Eurasian bittern (Botaurus stellaris) and the corn crake (crex crex). Both are acutely threatened with extinction.

The flora in the biosphere reserve is composed of over 2000 known plant species. This is more than half the entire flora in Belarus. 37 species are on the red list. New species are constantly being discovered on the banks of the Berezina. The last three to be discovered include dwarf cudweed (Omalotheca supina), tall bog sedge (Carex paupercula) and the Sudetenland bladder fern (Cystopteris sudetica).

The fauna is equally as diverse and comprises 56 species of mammal, including the European bison (Bison bonasus), the brown bear (Ursus arctos), the European badger (Meles meles), the Eurasian lynx (Felis linx), the pond bat (Myotis dasycneme), the lesser noctule (Nyctalus leisleri), the northern bat (Eptesicus nilssonii) and the garden dormouse (Eliomys quercinus). These are all on the red list of endangered species. The brown bear is of particular interest. The population in Belarus is estimated at between 100 and 130 animals. A third of the Belarusian population of brown bears lives in the biosphere reserve (about 35 animals). 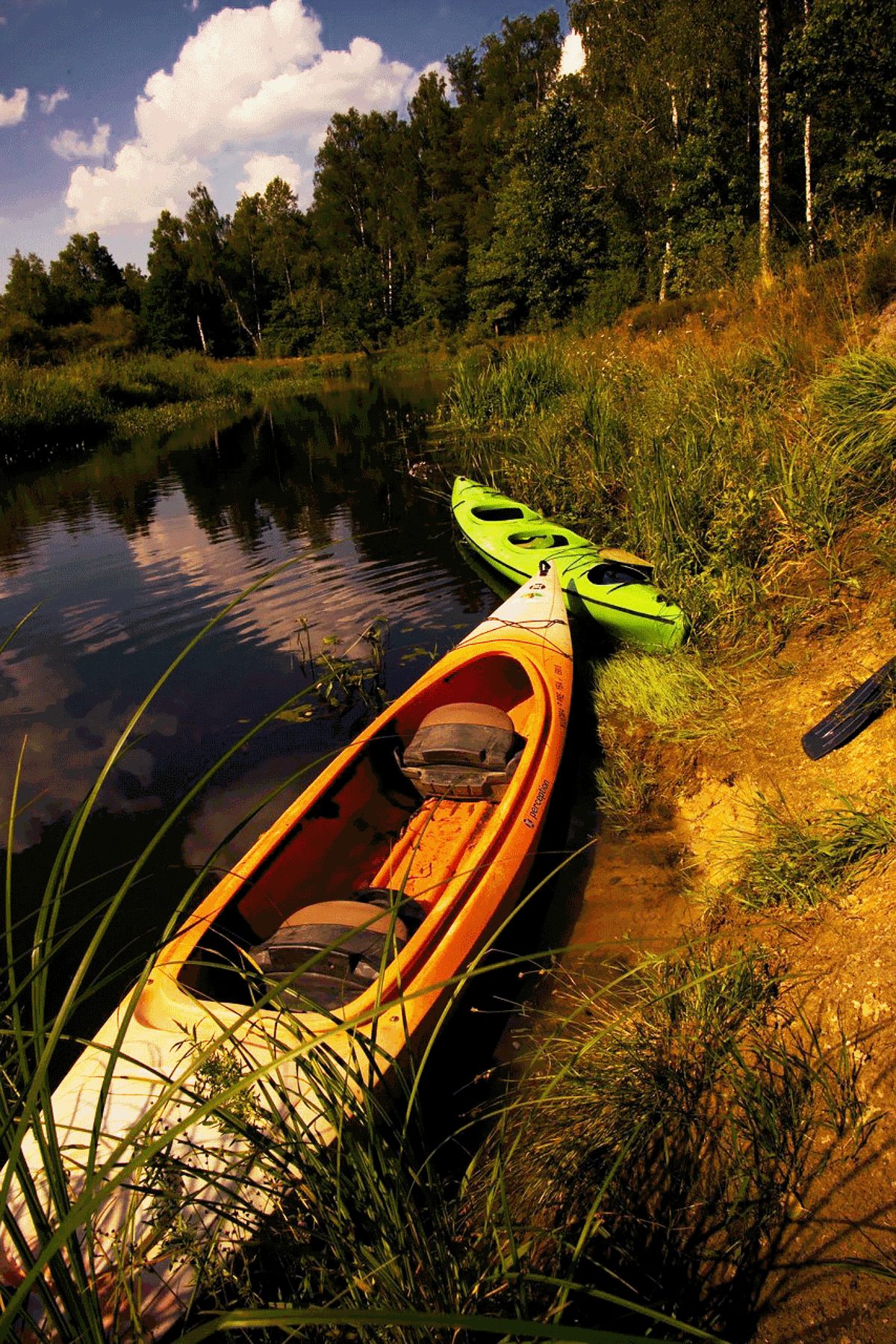 As one can imagine, the conditions for creating a biosphere reserve with great biodiversity were from the outset anything but ideal. Vast areas of forest were destroyed in the First World War and the Polish-Soviet War (1914-1921), decimating the number of wild animals. Elk, red deer, roe deer, boar, bears, otters and martens were almost extinct. Beavers were considered to be extinct until the Belarusian zoologist Anatoly Fedjuschin discovered a colony in the upper reaches of the Berezina in the early 20s. The biosphere reserve was founded in order to protect these and other animals. Hunting was forbidden, as was deforestation and any settling or human activities which would affect the woods and moorlands. It even meant relocating local inhabitants who lived on the reserve territory.

Go on a trip with us and discover the reserve on a multi-day canoe tour accompanied by an experienced biologist.

to the tour description
1 - 4 days