In Belarus, people like to boast that the country is located in the centre of Europe. On the political map, Belarus belongs more to Eastern Europe and is regarded as an important link where central routes between Europe and Asia converge. The Republic of Belarus borders on five neighbouring states: Russia to the east and northeast, Ukraine to the south, Poland, Lithuania and Latvia to the west and northwest. 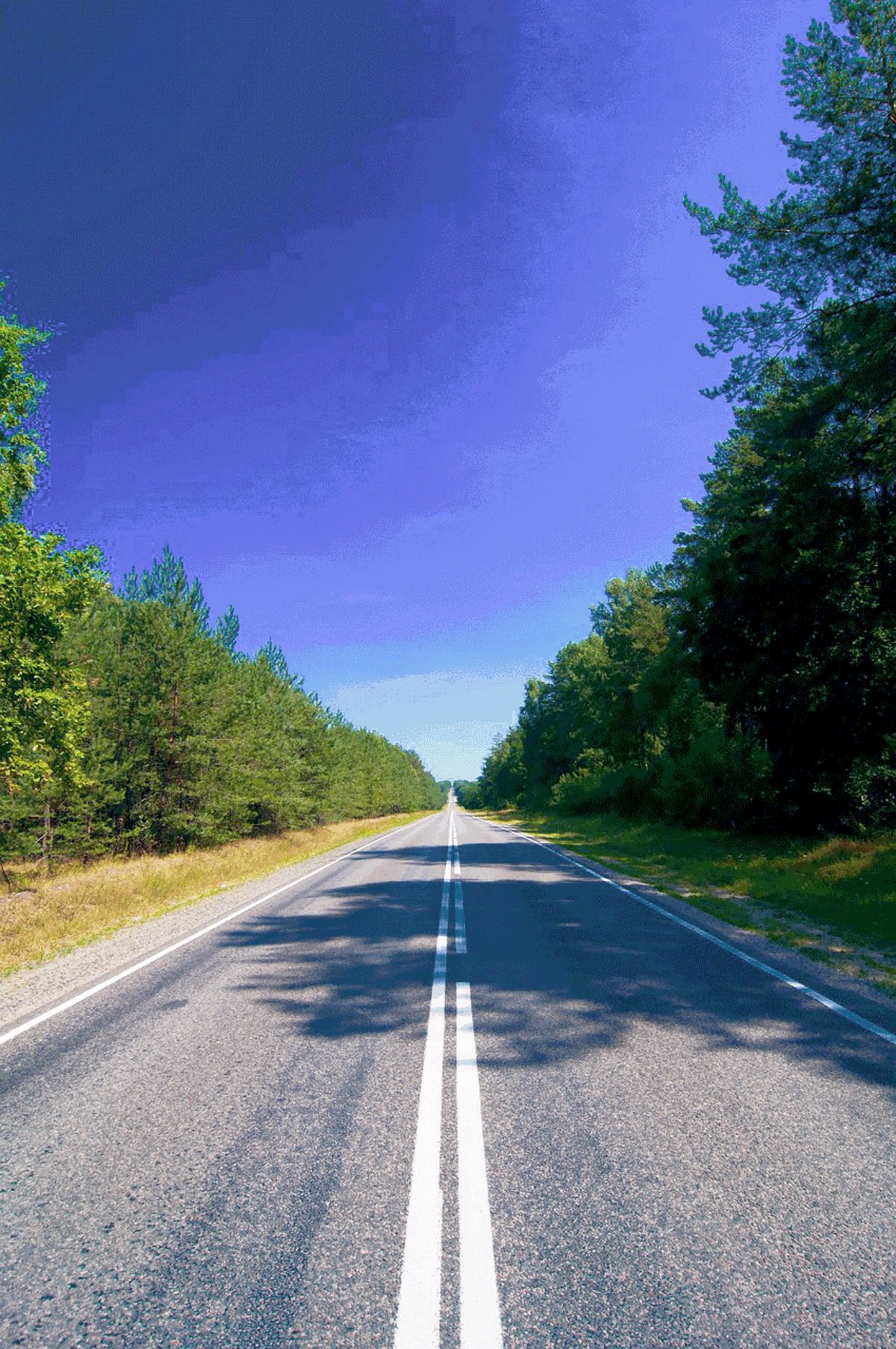 In Belarus there are no high mountains, the country has no access to the sea. Nevertheless, it surprises with flat, seemingly endless expanses, dense forests and water-rich lakes and rivers.

The territory of Belarus is located in the western part of the Eastern European Plain. The relief of Belarus is predominantly flat and hilly, with an average altitude of 160 metres above sea level. Hills make up about one fifth of the country, the rest consists of 80 percent lowlands and plains. The highest regions are located in the centre of the country, while the relief gradually sinks to the north and south. The highest peak of the country is 345 meters above sea level of Gora Dzerzhinskaya. The elevation is located west of Minsk, near the small town of Dzerzhinsk. The lowest situated area is in the valley of the river Neman (Memel), on the border with Lithuania. The altitude is 80-90 meters above sea level. The wide and flat surface area favours settlements, agricultural development and the construction of industrial plants and utility lines.

The higher regions are characterised by a changing landscape with swamps and lakes. The main features of today’s relief were created by the effects of the ice ages. In the northern part of the country there is the Belarusian Poozerje (derived from the Russian word “ozero”, the lake) with a relatively young glacial relief, with numerous elevations and lakes.

In the last million years glaciers have played a decisive role in the formation of the relief, five times the area of today’s Belarus was covered by ice masses. During these ice ages, glacial and fluvioglacial forms of the relief (moraine relief) were formed by glacial movements.

In the central part of the country lie the Belarusian ridge (area: 13,000 km²) and the East Belarusian plateau. The two landscapes were formed under the influence of the last ice age. The origin of the watershed between the Black Sea and the Baltic Sea lies in the formation of these elevations. The ridge is characterised by steep hills crossed by deep river valleys. The slopes and plains are covered with forests and crossed by hollows and gorges. Next to the town of Orscha in the east of the country, not far from the Russian border, lies the Orshanskoe hill (255 metres above sea level), which gradually merges into the Orshansko-Mogilevskaya plain (between the towns of Orscha and Mogilev). To the south are the plains of Predpolesje and the flat, marshy lowlands of Polesia.

The region of Polesia extends from the city of Brest in the very southwest of the country directly on the Polish border to the Russian border in the southeast. Brest Polesia is characterised by valleys 50 to 300 metres wide, mostly with a swampy flat underground. The lowlands with 100 to 150 meters above sea level in the southeast are called Gomel Polesia and are characterized by a wave-like relief. On both sides of the river Pripyat there is the Pripyatskoe Polesien, which is characterized by large peat massifs and shallow lakes.

The river valleys are also interesting in the relief. They are of different ages and their final shape was obtained when the last glaciers retreated. Some, such as the river Dvina, have deep, canyon-like valleys, others, such as the Pripyat, have wide, flat valleys with marshy meadows.

The relief has also changed due to human influences. In recent decades, it has been greatly altered by the mining and construction of quarries, dumps, road dams, melioration canals and reservoirs and the drainage of swamps. In addition, seismic processes taking place on the mainland influence the relief. The epicentre of seismic activity in Belarus is located next to the potash salt deposit in Starobin south of Minsk.

The territory of Belarus has a multitude of untouched wet biotope ecosystems. With its 20,800 rivers, 10,800 lakes, 53 reservoirs and 1,500 ponds, it offers numerous habitats for endangered animals and plants. The total length of all rivers is 90,600 kilometres.

The Belarusian rivers connect the Black Sea with the Baltic Sea.
The largest rivers with a length of over 500 kilometres are the Dnepr and its tributaries Pripyat, Beresina and Sosch; the Neman (Memel) and its tributary Wilija; the western Dwina (Dvina). All major rivers, with the exception of the Beresina, cross borders.

It’s for a reason that Belarus is attributed “blue-eyed”, as the Belarusian lakes on the map are almost perceived as blue eyes. The largest of them are the Narotsch (79.6 km² area), the Oswejskoe (52.8 km² area) and the Tscherwonoe (43.6 km² area). The deepest and most picturesque lakes are located in the north of Belarus (on the Belarusian Poozerje, also called Braslaw Lakes).

Thanks to the potential of numerous rivers, the use of hydropower in Belarus has developed strongly. Nevertheless, only low-pressure power plants can be used, the flat territory excludes other variants.