Belarus is a country with many denominations. There are currently 26 different denominations represented in Belarus, of which 15 are variations of Protestantism. The Orthodox Church has the absolute majority of believers, with 1224 congregations, followed by the Evangelical Church with 491 congregations and the Catholic Church with 432. Islam is represented with 27 communities and Judaism with 25. In addition, there are also United Catholics, Lutherans, followers of Krishna and many other denominations. 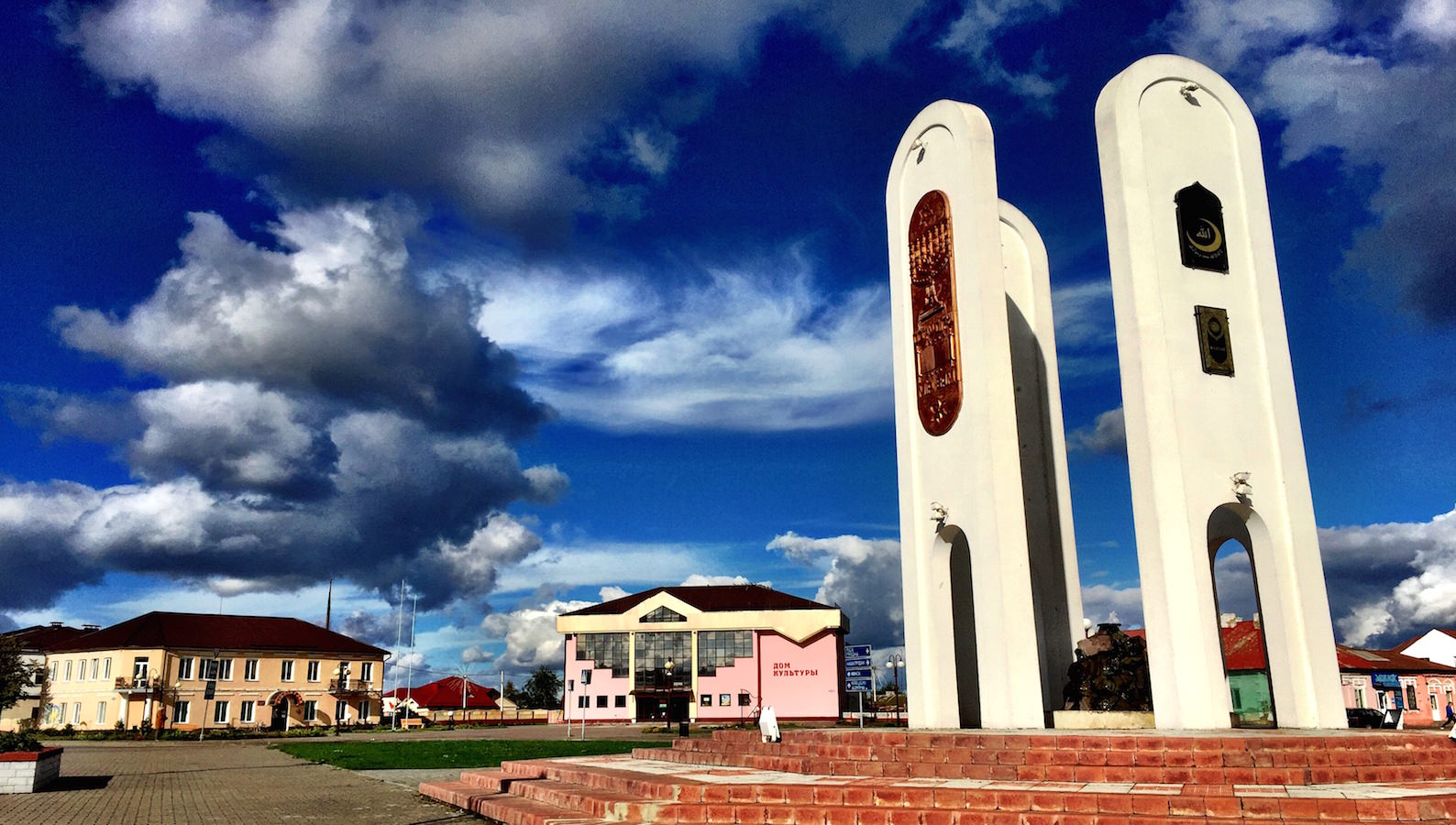 This religious diversity stems from the very origins of Belarusian history. Present-day White Russia lies at the crossroads of two contrasting traditions and cultures. East meets West and traditions intermingle.

Paganism was the only religion in Belarus up till the 10th century and despite numerous endeavours by local princes, it co-existed with Christianity for a very long time. Many heathen customs, for example festivals such as Maslitsa, Kalyady or Kupala are still part of Belarusian culture today. In 988, Grand Duke Vladimir I had himself baptised according to the Byzantine rite and proclaimed Christianity to be the state religion. This political move enabled the Grand Duke to tighten the bond with the Byzantine imperial dynasty.

Following the baptism of Vladimir I, numerous cathedrals were built and over time many Belarusian believers joined the Byzantine Orthodox Church. The first bishopric in Polotsk was founded in 992.  In the East Slavonic areas, the structure of the Orthodox Church was adopted which meant that the religious community developed into a social institution in its own right.

In the year 1472, the ecumenical patriarch, the Orthodox Bishop of Constantinople, recognised the Orthodox Church of the Grand Duchy of Lithuania canonically.

Between the 13th and the 16th centuries approximately 40 Orthodox churches and monasteries were built, which developed into the most important centres of religious life, education and icon painting.

In the year 1632, the Orthodox faith was recognised once again in the Grand Duchy of Lithuania and in Poland. Directly after being sanctioned by the government, four eparchies (eparchy: diocese of the Orthodox Church) were founded in the Ukrainian towns Lutz and Lviv, the Polish town of Przemysl and the Belarusian town of Mogilev. From the middle of the 17th century, the diocese of Mogilev was the only one in the Republic of Poland (Rzeczpospolita) alias Poland-Lithuania. Despite Poland being partitioned three times, nothing could stop the rapid development of the Orthodox Church, which had substantial influence in the Russian Empire. In 1914, there were already 3552 Orthodox Churches and 35 monasteries in Belarus.

The influence of the Orthodox Church in society dwindled with the October Revolution of 1917 and like all other denominations it was subjected to terrible repression in the 1930s. Churches were closed and some turned into cinemas, archives and party organisations. By the time the Second World War broke out, not a single place of worship was open to the public in Minsk. Priests of all confessions were persecuted and often exiled.

It was not until the 1980s that a revival began and in 1989 the White Russian exarchate of the Moscow Patriarchate was founded.

Going by the number of believers, the Roman Catholic is the second largest confession in Belarus. Catholicism was mentioned for the first time in Belarus at the end of the 14th century, when the Grand Duke of Lithuania and King of Poland, Jogaila, founded the diocese of Vilnius in 1387. This covered nearly the entire area of Belarus. By the middle of the 16th century, 259 rectories had been founded and the first Catholic orders of monks came into being: the Franciscans (Lida, Ashmjany, Minsk), the Augustinians (Brest) and the Bernardines (Polotsk). Between the 16th and the 18th century there were 18 monastic orders and seven convent orders in Belarus, of which the Catholic Society of Jesus, alias Jesuits, was the most prominent. Not only did this religious order develop a progressive schooling system but it also initiated an extensive network of different schools on different educational levels. One of the educational centres of the Order was the Academy of Polotsk, which was one of the most important educational institutions in Europe. In the year 1773, the Pope disbanded the Order, but Catherine the Great allowed it to continue ministering in the Russian Empire. Although the Order and its institutions were banned in the Russian Empire in 1820, its traces can still be found in Belarus of today.

Church of the Bernardines in Budslau | Photo: Benny Reiter

The Bernardine Order also played an important role in Belarus. Its legacy can be found to this day in the little village of Budslau, where the Church of the Assumption is still run by monks of the Bernardine Order. Despite its proximity to the front line, the church survived the First World War. It bears the honorary title “minor basilica” which is conferred by the Pope himself to important church buildings. In the church, there is an icon of the Virgin Mary, which supposedly works wonders and protects the village and the building itself from misfortune. Budslau attracts many pilgrims from White Russia, Poland, Russia, Lithuania and other countries thanks to this icon and its history. The wooden altar which is early baroque and dates from the 17th century likewise attracts many believers to Budslau from numerous countries.

After Belarus was annexed to the Russian Empire in 1773, the first Belarusian diocese was founded in Mogilev. As Catholic priests actively participated in the national freedom movement in the 19th century, they were persecuted by the tsarist government and as a result the Catholic faith was banned. After the October Revolution of 1917, the situation of the Catholic Church differed little from that of the Orthodox Church. Both denominations suffered considerably. In the western part of Belarus, which belonged to Poland, the situation was very different. The Catholic faith was deeply-rooted here, which was why many Catholic priests from Russia fled there.

A Belarusian diocese was founded again in the 1980s and since 1991 there are three Roman Catholic dioceses in Belarus, namely in Grodno, Minsk and Pinsk. According to the latest figures, there are 438 congregations in Belarus.

The Reformation also had an impact on Belarus. The most influential movement of the Reformation was Calvinism. The first congregation came into being in Brest in 1533. The Calvinist communities opened schools, hospitals and printing workshops and in 1565, the religious movement was put on the same footing as the Orthodox and the Catholic Churches. Nicholas Radziwill, also called the Black, was considered to be the religious leader of Calvinism. He aimed to unite the Shlachta – the Polish landed gentry – through faith.

Judaism was first recognised as a religious denomination in the Grand Duchy of Lithuania in 1389, when the Grand Duke Vytautas granted the Jews of Grodno a privilege. This stated that the synagogue and the cemetery where exempt from tax from this time on.

The majority of followers of Islam were from the Tatar population. When the Tatar Khan Tokhtamish was conquered by Timur Khan in 1395, the former found refuge in the Grand Duchy of Lithuania. Grand Duke Vytautas offered Khan Tokhtamish and his courtiers protection and settled them in the town of Lida.

In return for helping Vytautas fight against the crusaders, the Tatars were allowed to bring their families to Belarus and so Islam came to Belarus. In 1591, there were approximately 100,000 Tatars, most of them Sunnis, in Belarus. Yet, the number of Tatar muslims in Belarus sank to about 30,000 in the 18th century. In order to preserve their culture, the Tatars formed segregated groups, with their largest community being in Ivje.

Discover the diversity of religions in Belarus on our Circular tour of Belarus and pay a visit to the town of Ivje and its inhabitants.