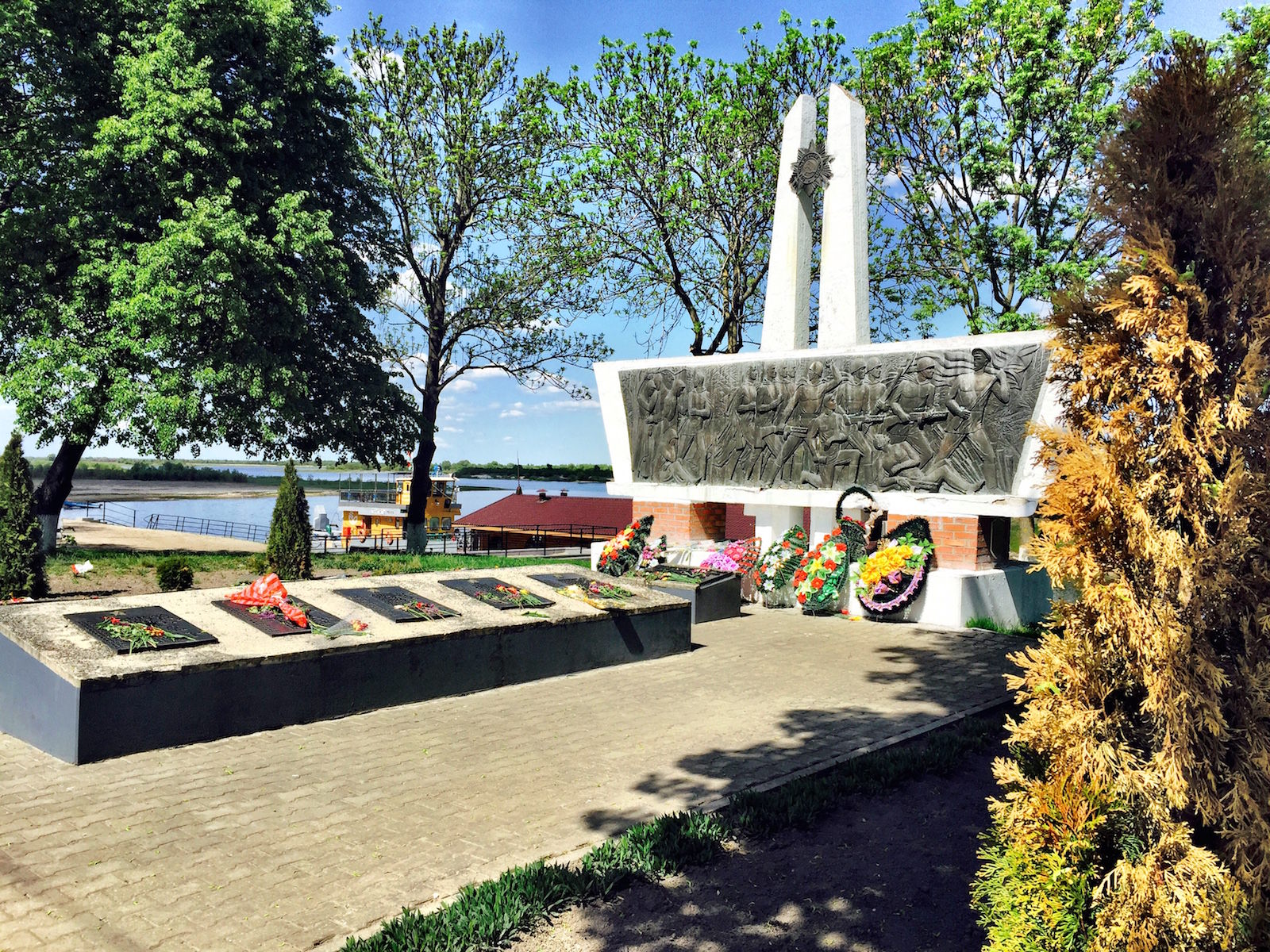 The Second World War began on 1st September 1939 with the invasion of Poland. In accordance with the secret agreement appended to the Hitler-Stalin non-aggression pact on the partitioning of Poland, Belorussian troops from a special military district advanced on Poland in the night of 17th September 1939 under the pretext of liberating Belorussian fellow countrymen and Ukrainians. This was the start of the Polish-Soviet war. The Soviet Union wanted to exploit the situation in order to increase its power in western Belarus and the Ukraine. Western Belarus was incorporated into the Belorussian Socialist Soviet Republic (BSSR) in the autumn of 1939 thus becoming part of the Soviet Union.

At the same time, Nazi Germany was preparing for war on the Soviet Union. As of June 1940, the preparations for Operation Barbarossa were forging ahead. The plan was to invade the Soviet Union in June 1941 and defeat the Red Army in a lightning war before the winter of the same year. To this end, Germany and its allies Italy, Romania, Hungary and Finland massed large parts of its forces on Polish territory near the border to the USSR, where the powerful Army Group Centre was stationed. The Soviet secret service reported on Hitler’s intention to attack the Soviet Union well in advance, but the Soviet leaders did not recognise the urgency of this intelligence and dismissed it as lies and provocation. They simply failed to consider the fact that Germany might unilaterally terminate the Soviet/German non-aggression pact.

In the early hours of the 22nd June 1941, German troops crossed the Soviet border.  Thanks to successful battles in Western Europe, the Germany army had already acquired enormous combat experience and possessed one of the most powerful armies in the world. The Wehrmacht started by advancing on Brest, where the first heavy fighting took place. Within just four days it had fought its way through to Minsk, 350 kilometres away, and Minsk fell two days later. At the beginning of the war, the Red Army was hopelessly inferior to the German Wehrmacht, the defence of the western military districts was inadequately – or rather not at all – prepared. This was aggravated by the fact that about 40% of the most experienced officers and generals of the Red Army had fallen victim to Stalinist terror in the 1930s. The country’s defence at this point was in the hands of mostly simple, inexperienced soldiers. In the first days of the war, the administration appealed to the people to stay calm and implied that the enemy would soon be fought back. However, the administration itself was evacuated immediately after war broke out.

It was not until the 29th June 1941 that general mobilisation of the Red Army began. Between June and August 1941 over 500,000 Belarusians were conscripted for national service. Many people, even young girls, voluntarily reported for service on the front line. This was the subject of a book by the authoress Svetlana Alexievich (The Unwomanly Face of War), for which she received the Nobel Prize in 2015.

Right from the outbreak of the Great Patriotic War, Belarusian territory was the main arena for the horrific confrontation between the Wehrmacht and the Red Army. The civilian population suffered dreadfully under the war: the constant air raids wrought havoc, the country was flooded with refugees, the supply situation was catastrophic.

Nevertheless, the Red Army managed to evacuate about 1.5 million people, the industrial plant from various factories and an incredible amount of livestock beyond the Ural Mountains. 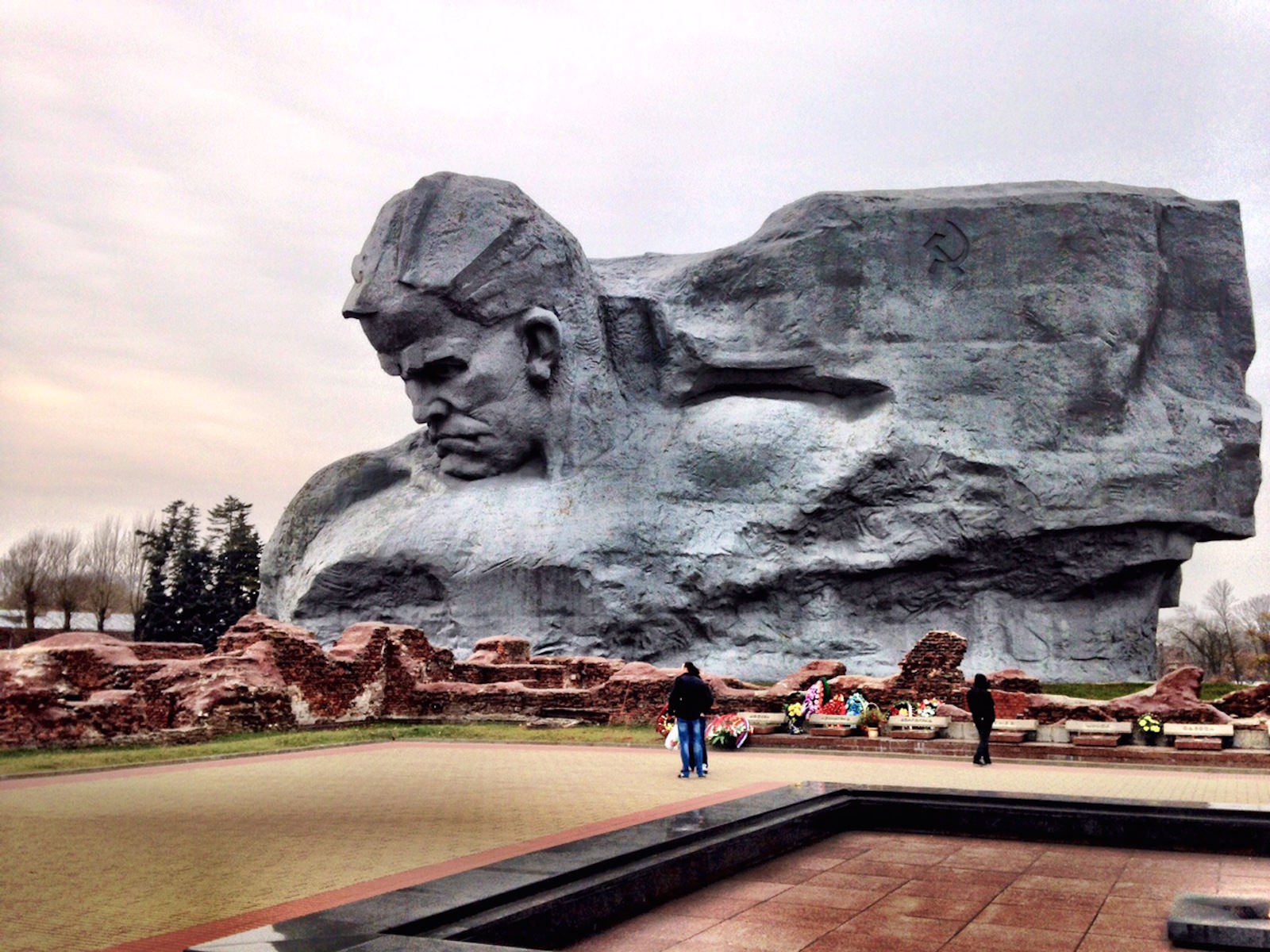 At the beginning of July 1941, the Soviet Supreme Command attempted to establish a defence line along the Dvina and the Dnieper. Soviet soldiers were literally fighting to the last man to save many towns, such as Barysaw, Bobruisk, Mogilev, Gomel and others. Despite this, the entire country was occupied by the Wehrmacht by the beginning of September. The Red Army lost more than 1.5 million men during defensive operations, in addition to thousands of machine and weapons units.

The troops garrisoned in the Brest Fortress fought resolutely until the end of June 1941. The defence of White Russia was of immense significance for Stalin from a military policy point of view.

German plans for a “lightning war” ground to a halt in the gruelling, bloody battles. The myth of the invincibility of the Third Reich received its first damper.

Following the occupation of White Russian territory, the occupying forces introduced their new regime. The occupation – which lasted about three years –affected about eight million inhabitants and 900,000 Soviet prisoners of war. Hitler’s Master Plan for the East envisaged leaving 25% of the population alive and using them as a workforce, 75% were to be exterminated or exiled. The new regime was backed by the SS, SA, SD (security service), security police, Gestapo and police force. Special task forces were also established, whose main function was to combat partisans and underground fighters. There were 260 extermination camps in Belarus, with various subsidiary sites. According to Soviet figures, about 206,500 people were killed in the Maly Trostinets extermination camp. Ghettos were set up in the main towns and one of the largest ghettos in Europe was the Minsk ghetto, in which more than 100,000 Jews died.

In the course of the occupation, the occupying forces carried out more than 140 major punitive expeditions against partisans and the civilian population. They destroyed a total of 5,295 villages, 628 Belarusian villages were burned together with their inhabitants. Many of these villages were never rebuilt. The burnt village of Khatyn, not far from Minsk, became a tragic symbol of these atrocities and an impressive memorial site was erected there in 1969.

The remainder of the population was systematically exploited. Many were forced to work in factories under inhumane conditions. 380,000 inhabitants were deported to Germany as forced labourers.

In the spring of 1942, a land reform was carried out in the general district of White Ruthenia. According to this, all kolkhozes were abolished and the land was officially returned to the local farmers.

Head of the German administration in Belarus was Wilhelm Kube, the regional (Nazi) party leader. He was assassinated in 1943, when two Minsk partisans Elena Masanik and Maria Ossipova placed a bomb in his apartment. In retaliation, 300 prisoners from the Minsk prison were shot. Kube was replaced by Curt von Gottberg, a top-ranking member of the SS.

During the occupation, widespread resistance was organised on White Russian territory. After the war, Belarus was known worldwide as the country of classical partisan warfare. The first partisan division – with sixty members – was established on the first day of the war in the town of Pinsk in the south of the country. The division fought against the mutual enemy under the command of Vasily Korzh.

During the occupation 1,255 partisan divisions were set up. They fought against the Nazi regime, helped by the local population. According to information from the Belarusian staff of the partisan movement, there were about 374,000 partisans in Belarus. There were about 30 areas which were completely under the control of the partisans and  which the Wehrmacht was unable to overcome. By the end of 1942, about one third of White Russian territory was controlled by the partisans and a year later almost two thirds. The partisans’ most successful tactic was the “railway war”, which played a key role in liberating the country. The partisans destroyed the railway lines on occupied territory, caused German transports to derail and consequently hampered the essential supply of weapons, ammunition and food.

As a result of the strategic advance of the Red Army in 1943, the front line to Belarus was relocated. The first Belarusian county town of Komarin was liberated on 23rd September 1943. The Belarusian operation ‘Bagration’ was one of the largest military operations in the Great Patriotic War. It took place between 23rd June and 29th August 1944. The aim was to destroy the German Army Group Centre, liberate the entire territory of White Russia and to compel the enemy to retreat as far as the neighbouring countries Lithuania, Latvia and Poland.

The Belarusian capital of Minsk was liberated on 3rd July 1944 and this day is known today as Independence Day. By the 28th July the entire country had been liberated and the Red Army was not far from the border to Eastern Prussia.

The Second World War had grave consequences for Belarus. Of all the countries involved in the war, Belarus was the worst hit. 209 towns and 9,200 villages were completely razed to the ground or destroyed. The loss of life was tremendous. Historians estimate the number of victims to have been between 2.5 and 3 million. In other words, every third Belarusian lost his life during the war.

This war is remembered in Belarus to the present day and the 9th May is celebrated everywhere in Belarus as the Day of Victory over Nazi Germany. On this day there is an annual parade in the capital Minsk, reviewed by the Belarusian president in person.

Go on a journey with us and discover more about the history of the country.