State Symbols of the Republic of Belarus

The present-day state symbols of the Republic of Belarus were adopted by public referendum on 14 May 1995. The coat of arms, the flag and the anthem are the main symbols of independence, representing the historical and cultural heritage of the Belarusian people and emphasizing “the national spirit and dignity of Belarusians”. 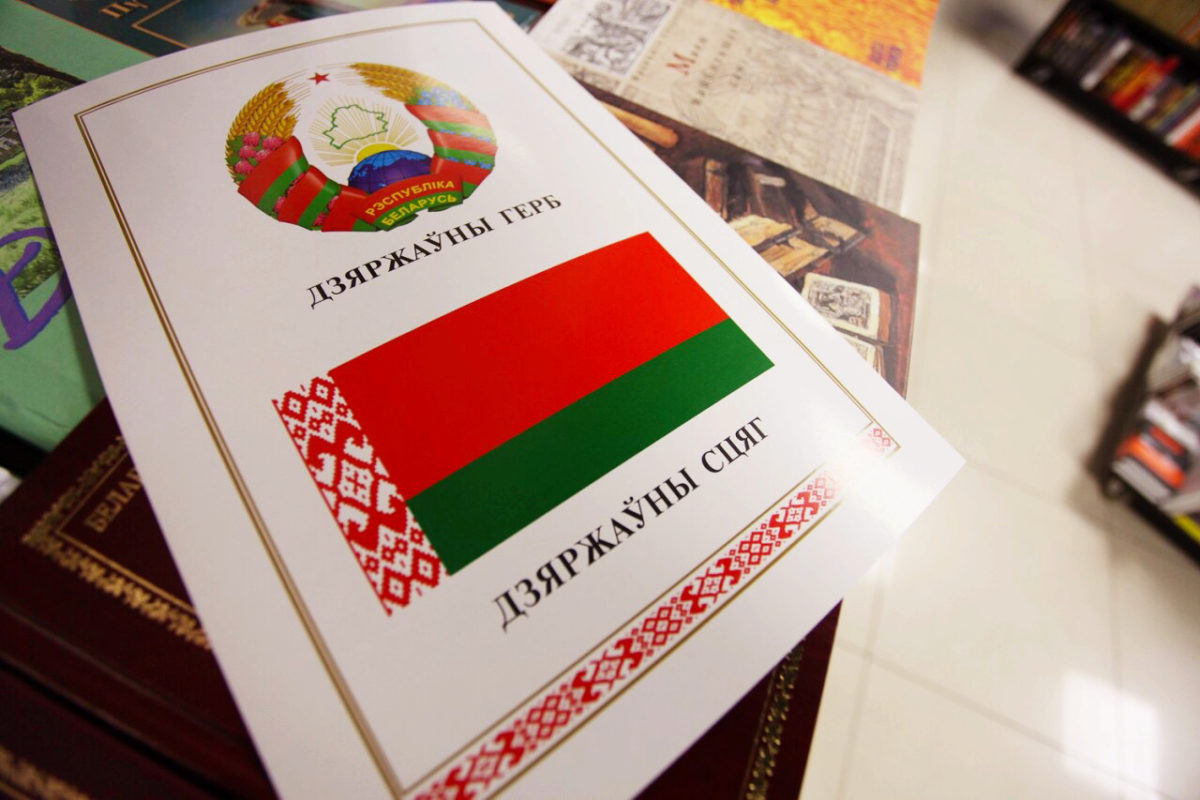 The present flag of the Republic of Belarus consists of two horizontal stripes: the upper one is red, the lower one is green and slightly narrower than the red one. The Belarusian national ornament is depicted along the right-hand side (red on a white background). These basic features of the national flag have certain historical roots.

In general, the red stands as a sign of the sun, symbolizes blood ties, brotherhood, struggle for a just cause. The red of the modern Belarusian flag symbolizes the guidon of the victorious battle at Tannenberg (1410) against the crusaders as well as the color of the flags of the Red Army and the Belarusian partisan brigades. At the same time it is a sign of happiness and life. There is also evidence of the connection between the red and the flame, without which man can never exist. The red also symbolizes struggle, resistance to oppression and blood shed in battle. This meaning came up in Belarus in the 19th century with the revolutionary movement in the Russian Empire.

Green is the colour of nature, rich fields, meadows and forests covering most of Belarusian territory. Green is a sign of growth, development, prosperity and peace. Traditionally, greenery has been accorded great importance in Belarus. One of the main deities for the Slavs was the earth mother, inseparably connected with the green flora. This tradition found its way into many proverbs and desires.

Forests and swamps as well as cultivated fields were and are characteristic for Belarusian landscapes. Pagan ancestors deified the surrounding nature, there were developed cults of oak and birch groves, hills and stones. The worship of the forces of nature and the pagan faith remained even after Christianization. The green as one of the national colours symbolizes joie de vivre, the spring awakening of nature after a long hibernation.

Whiteness, above all, is the colour of freedom, the colour of integrity and wisdom. The Belarusian national ornament, which symbolizes ancient folk culture, spiritual wealth and unity, rests on the white. According to its origin, the ornament is a graphic incantation of the celestial powers. Such ornaments were used to express desires and legacies when writing did not yet exist. In this way the Slavs wanted to pass on their knowledge. In the middle of the ornament runs a vertically stretched diamond with two lines reminiscent of horns. For millennia, the diamond symbolized the feminine, soil fertility. The Slavs often used this pattern. In the centre of the diamond there are two crossed lines between which four dots stand. These stand for the sun, a symbol for fertility.

The other motifs symbolize the wish that the begging person succeeds in everything. Such ornaments are often embroidered on traditional clothes, cloths and tablecloths. Ornaments are believed to protect against evil. According to popular tradition, the simple farmer’s wife Matrena Markewitsch embroidered this pattern for the first time in 1917.

The Belarusian coat of arms 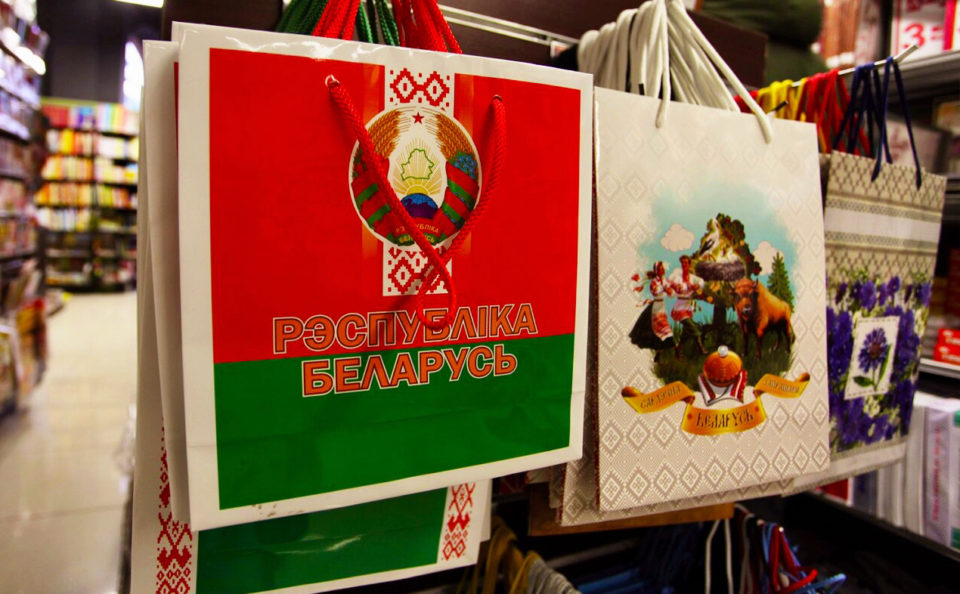 The origin of the national coat of arms of the Republic of Belarus is connected with the coat of arms of the BSSR (Belarusian Socialist Soviet Republic). However, there have been significant changes reflecting the fact that Belarus has become an independent state. The hammer and sickle, the abbreviation “BSSR” and the Soviet slogan were removed. The band surrounding the coat of arms is not red, but red-green (like the state flag). The emblem is framed with a wreath of ripe ears of rye, symbolizing victory. In the centre, the outline of the Belarusian borders can be seen. As a sign that Belarus is a part of the world civilization and perceives other countries as equal partners. The earth-sun-unity is the sign of peaceful coexistence.

Here is the first verse and the chorus of the three-tropical anthem in English translation:

We Belarusians are peaceful people

With the heart faithful to our homeland.

We are good friends and steel ourselves

In a busy and free family.

Long live the bright name of our country,

However, these modern state symbols are not uncontroversial. Some Belarusians do not recognise them and do not perceive them as historically rooted. The alternative state symbols are the white-red-white flag and the coat of arms “Pahonia”. The word can be translated as “persecution”. It shows, on a red ground, an attacking white sword-wielding knight on horseback carrying a shield with a golden double cross. The Pahonia is a very old symbol, already the Grand Duke Vytautas used it as national coat of arms of the Grand Duchy of Lithuania in the 13th century. These symbols were considered official state symbols from 1991 to 1995 and 1917 after the collapse of the Tsarist Empire, when the Belarusian People’s Republic was formed for a short period of eight months.

Besides the flag, the coat of arms and the anthem, Belarus has some unofficial symbols. The cross of St. Euphrosinia from Polotsk from the 12th century, although lost in the Second World War, is considered the spiritual symbol of the country. Today there is only one copy of it. Heraldic animals are the bison, which has the largest population in Europe, especially in the Białowieża Forest near Brest, and the white stork. The cornflower is a representative of the rich flora and is often found in postcards and souvenirs.