What our travellers say... 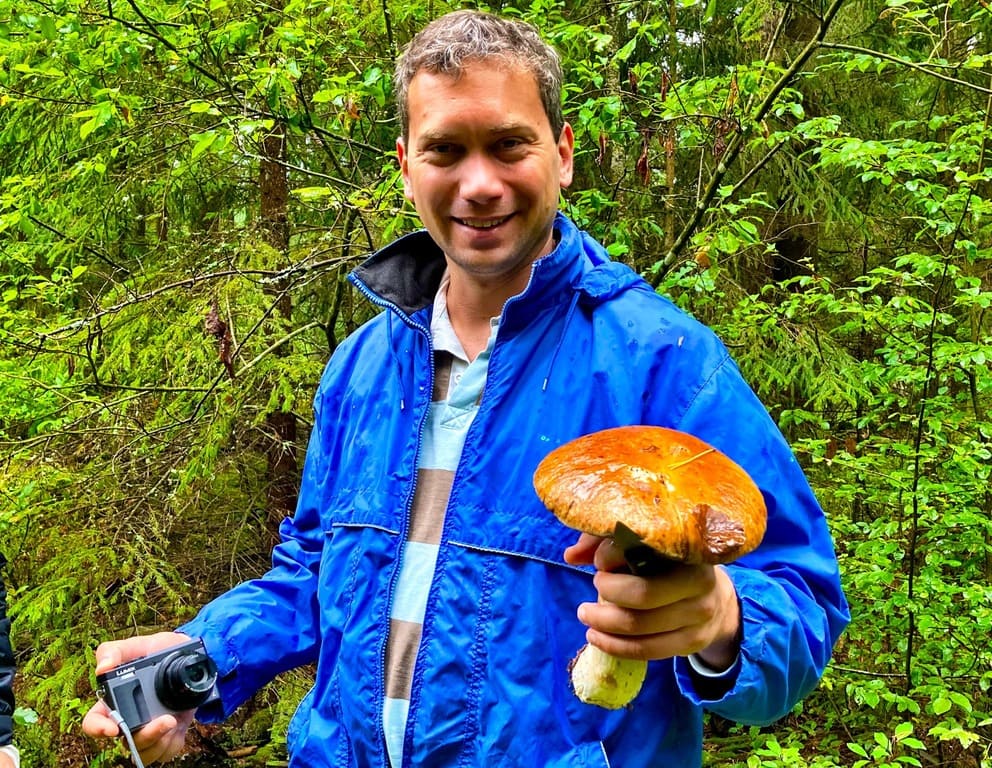 A courageous guest from Germany

The year 2020 was a real test for the tourism industry. Already in January we had planned to welcome a large number of tourists who wanted to get to know our country first hand, but at the end of February it became clear that this season would be difficult due to Corona.

So it was all the more surprising to receive an inquiry from Germany in early June for a two-week tour of Belarus. The arrival was planned for the end of August – beginning of September. Until the last moment we were not sure if our tourist Johannes would come, but luckily everything worked out.

Within 2 weeks we visited almost all of Belarus.

The program included excursions to the cities of Minsk, Vitebsk, Braslau, Grodno, and Brest; getting to know the provincial life in the cities of Glubokoe, Novogrudok, and Lida; visiting churches, places of worship, and mosques in Ivye and synagogues in Grodno, as well as the castles in Mir and Nesvizh. A lot of attention was also paid to nature. We hiked through the high moors in the “Krasny Bor” reserve in the north of the country, watched birds being caught and ringed by ornithologists, observed bisons in the natural environment in the Belovezhskaya Pushcha National Park, where we also picked mushrooms and met the dawn with hot tea and lard bread. Also a bicycle tour along the Braslav lakes inspired our guest. He also had the opportunity to get to know the life of the simple Belarusians, their everyday life, traditions, national cuisine and to taste one or the other home-made brandy. We were lucky to take part in the international festival of ethnocultural traditions “Call of Polesie”, which took place in the south of the country on the bank of the river Pripyat. Time flew by and we are sure that our guest Johannes will not forget the joyful memories of his stay in our country so soon.

See more in our video with Johannes. 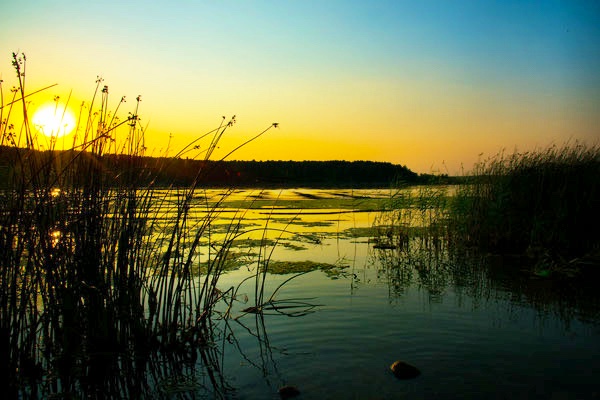 Some time ago I met a woman from Belarus, but unfortunately I lost her address.

Inna helped me and found the desired address within a few days.

I am very happy to have found the address again.

For the friendly and competent support I would like to thank you very much. 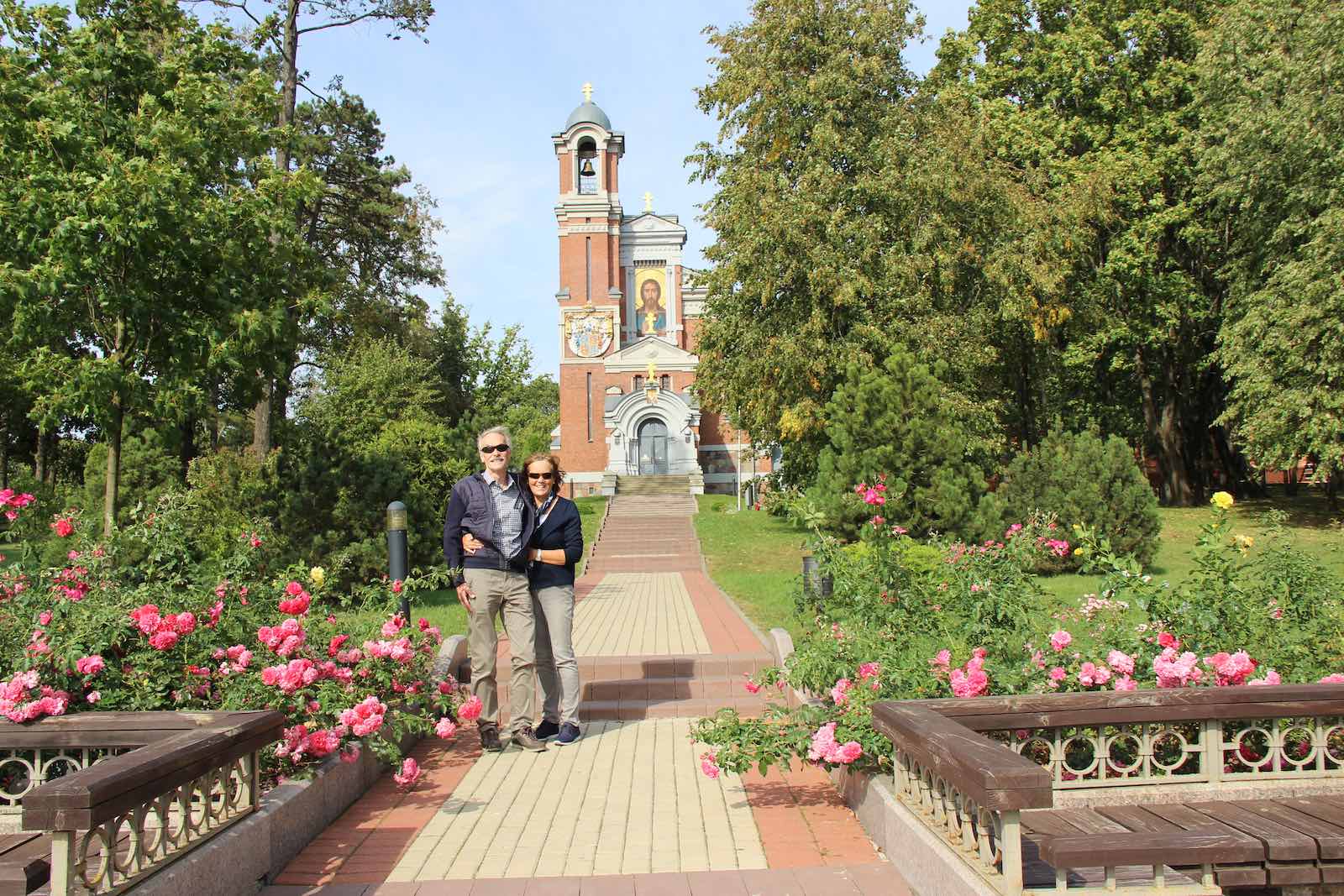 We would like to thank you very much for your knowledgeable and interesting tour and your kind nature, which made our city trip an unforgettable experience. At the same time we would like to thank our driver Pavel many times who drove us carefully and safely to our destinations.

Thanks to your recommendation for the Hotel Garni we could reach the pedestrian zone and the historic old town in a few minutes on foot.

We cannot only recommend Minsk as an interesting, clean and safe city, but also you dear Sveta, our driver Pavel and the travel agency g-4.ch with a clear conscience.

Many thanks again for the nice 5 days, 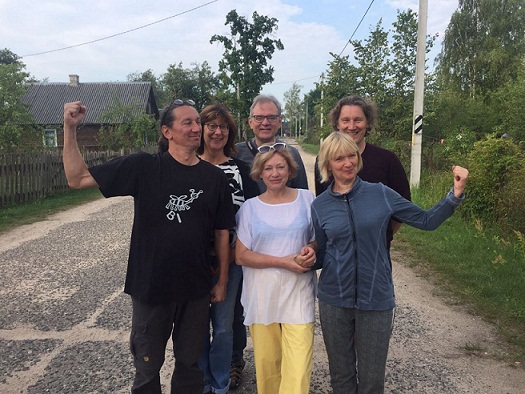 Journey to the south of Belarus, September 2019

Thank you very much for your wonderful travel organization and execution on site. Belarus was for us a largely “unknown” part of Europe. We couldn’t have gotten to know it better!

As a group of five we were certainly a challenge. The trip went from Minsk along many stations to Brest and from there back via just as many stations. In addition there were our special wishes – like memorial and cultural sites as well as the Bialoviezha forest – which were all fulfilled in an individual way. Even on site you are still flexible and uncomplicated when it comes to programme changes and have made everything possible for us, while our eyes often fell out of exhaustion.

Through your open, friendly and affectionate nature we have not only got to know places, history and past life, but also many kind people and a piece of Belarusian life and everyday culture. The numerous different places, accommodations and encounters remain in our memory and arouse our interest to get to know more, for example the northeast.

The Belarus trip – and above all with you as a tour guide and the drivers Pavel and Sergej, but also with the other committed and competent city guides especially in Minsk – we will recommend continiously.

Thank you very much and good luck for this special way of travelling and discovering your country!

The driver Pavel was a safe and attentive driver who also made birdwatching possible for me. I saw storks, falcons and eagles. Sveta was my guide except for the tour to Witebsk. She showed me Minsk and its surroundings in a remarkable way, shone with knowledge and brought me closer to Belarus with many anecdotes. Her German skills are outstanding and she was a very pleasant companion.

Overall I am very impressed by the country as well as by the people who care for me and would like to express my sincere thanks. 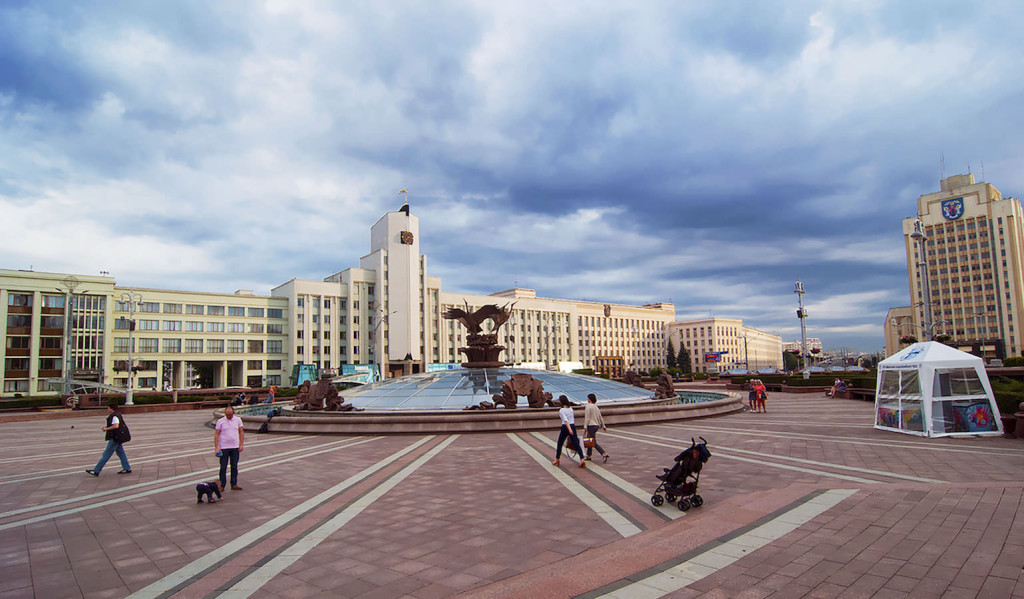 Visit of a philosophical club from Zurich in Switzerland, July 2019

We from the philosophical club Zurich had decided to get to know a country unknown to us so far. Our idea was to talk to interesting people from the fields of literature, art and politics and to make an impression about this country.

Sveta was responsible for the organization of the trip and the contacts. Not only is she a pleasant personality, thanks to her competence our expectations were exceeded. Thanks to Sveta’s commitment and connections, our trip was a complete success. Minsk is a very interesting city because of its history, but also because of its current cultural life. A trip organized by Sveta is recommended to everyone. 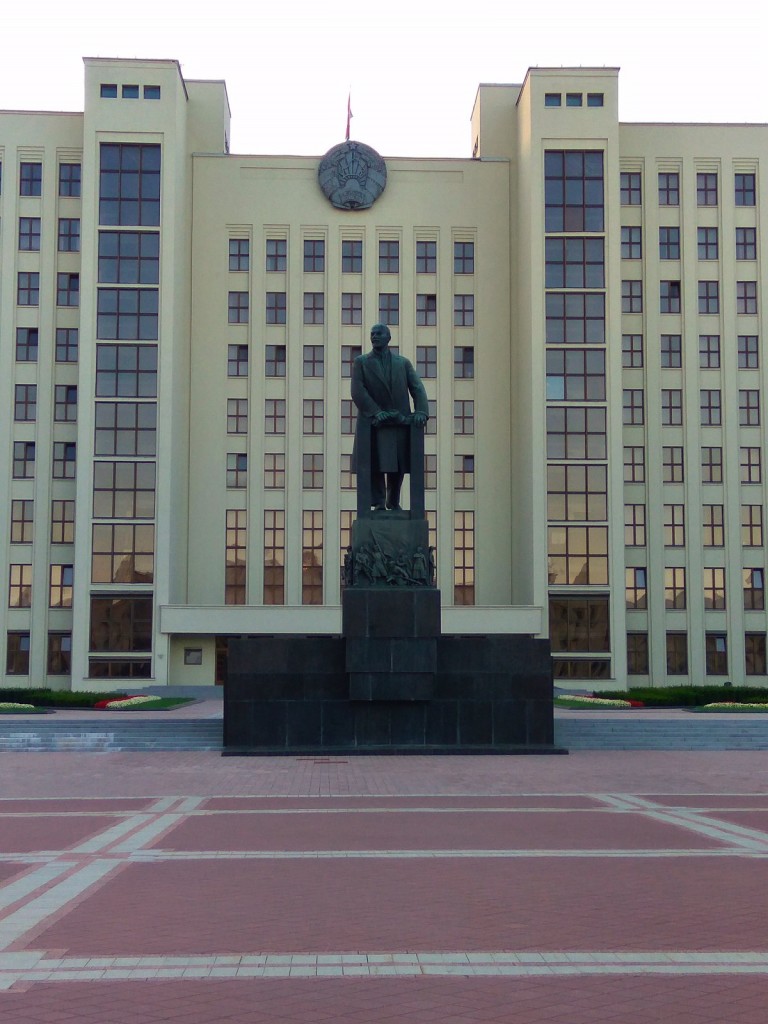 Once again my sincere thanks for the excellent planning, organisation and supervision of the trip. It couldn’t be better: the quick answers to every inquiry, the perfect German, the very individual layout, the responsiveness to all wishes, the excellent contacts, the care in planning, the very good support on site. This is the kind of travel organisation one would wish for. This can only be recommended with great praise.

Maybe next year we will go to the Literature Forum in the artists’ village Kaptaruny by Artur Klinau. You see: the visit has consequences, Belarus wants to be discovered. That is also your merit. My thanks again for that. 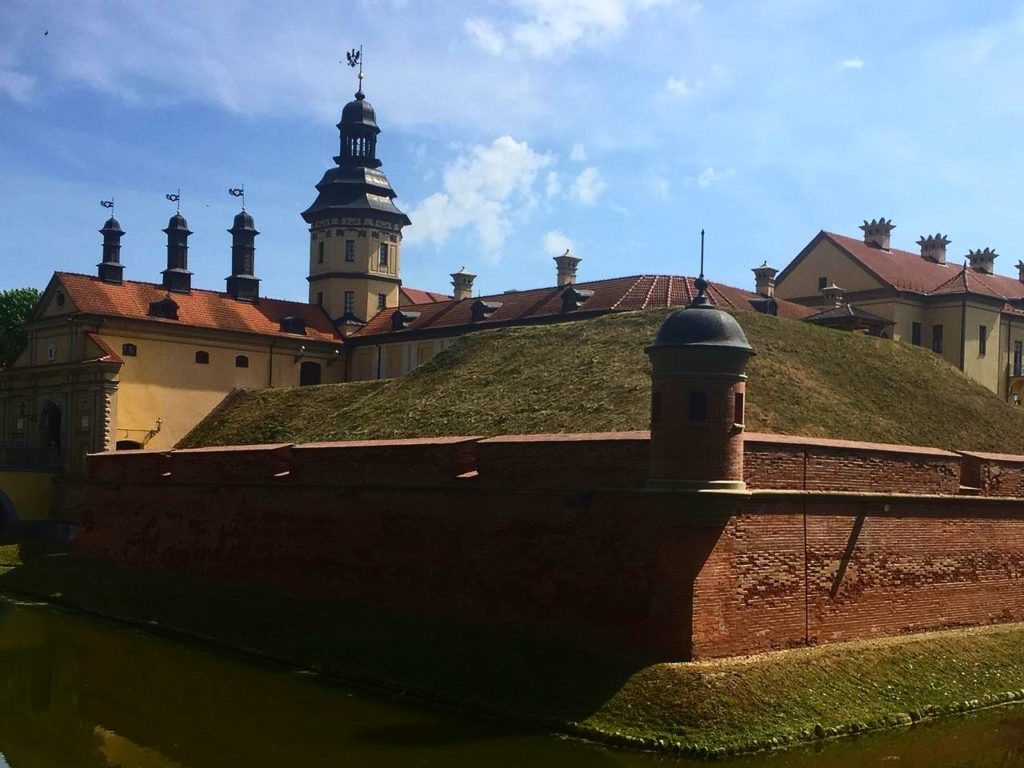 An adventurer from the USA exploring Minsk and sorrounding, Summer 2018

Sveta provided me with a wonderful tour of Minsk, Mir and Nyasvizh. The tour was excellent. The rich and tragic history of this diverse and complex country came alive with Sveta’s thoughtful and thorough narrative. She was the consummate professional, spoke excellent English and was attentive to every detail. I highly recommended Sveta and g4 tours. 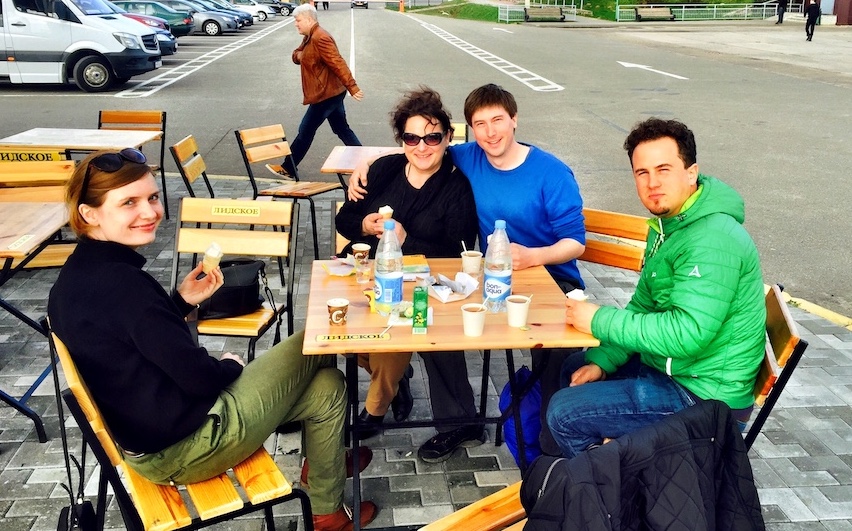 Two adventurers from Zug in Switzerland

We have returned with many positive impressions from our round trip to Belarus. Those were really two intensive weeks, we did not expect Belarus to be such a multi-faceted country and that without Russian we would have so many touching interpersonal encounters. It is really fascinating how untouched the country is, even though it is in the middle of Europe. A secret tip.

In any case, we will continue to tell it and will certainly come back again in the next few years. 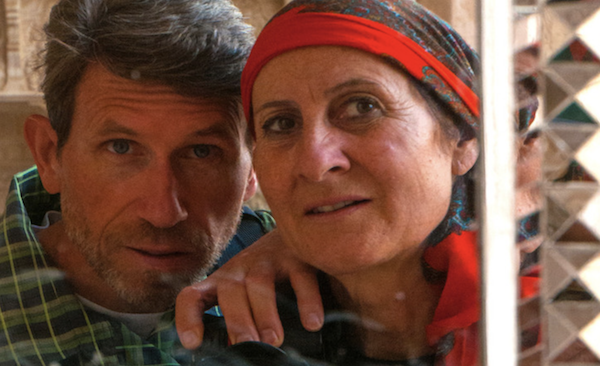 Two photographers from Switzerland were on a 17-day nature trip through Belarus in 2015:

Well, our journey home was pleasant and we found everything good at home.
We are full of unique impressions, beautiful natural landscapes, cordial encounters and of course we were all around super cared for and everything was organized by both of you. Thanks again for that. We have already told about our experiences so many times and will continue to do so…… and hope to inspire someone so much that new customers for you will emerge from it.