One of the most important landmarks of Belarus, Yelnya Swamp, is situated in the north of the Vitebsk Region. It is the largest raised bog in Belarus and the fifth largest in Europe. It is over 9 thousand years old! The total area of the reserve is 25,301 hectares, of which 18,794 hectares is occupied by the Yelnya swamp.

The marshes cover vast areas and fascinate with their special character – landscapes, sounds, smells, a variety of fauna and flora. They attract and at the same time frighten with their unpredictability. Most importantly, they produce far more oxygen than forests, which is of vital importance for the ecological balance of the planet.

” Yelnya ” is one of the most visited natural attractions in the country. Apart from the swamps themselves there are forests and 118 large and small lakes. Remarkably, one can drink water from the lakes. The area is home to 130 bird species, including such rare ones as the black-throated loon, the white-tailed eagle and the black stork.

Every autumn in September you can see an impressively beautiful sight – thousands of Eurasian cranes and tens of thousands of geese of various species gather here before the migration season. This is also the time of year when the most delicious time of the year comes on the moor – the cranberry harvest. Yelnya ranks first in Belarus in terms of cranberry reserves.

There are walking and cycling eco-routes for those who want to get a closer view of the bog. They are made in such a way as to minimize the harm caused by human presence. The routes are designed for people with different levels of experience.

From observation points, depending on the season, you can watch cranes or grouse mating. Apart from these, the marshes are home to many other birds, such as the black-throated diver, the Willow Grouse, the mallard duck, the teal and others.
You can feast on cranberries, blueberries, cloudberries and other berries in the season.
For experienced tourists there are longer trails, including overnight stays. There are many huts on the islands that have been built for travellers to rest, and you can also sleep in tents.

Original excursions and tours (extreme, relaxing, expedition) take place here. As a Ramsar Site and a key area for birds, Yelnya attracts numerous birdwatchers from all over the world.

There are many more reasons to come here: the extreme experience, the ethereal beauty of the landscapes, the intoxicating oxygen in the air, which, combined with the fragrance of the plants, becomes aromatherapy.

Visit Yelnya during your trip to Belarus and you will have an unforgettable experience for a long time! 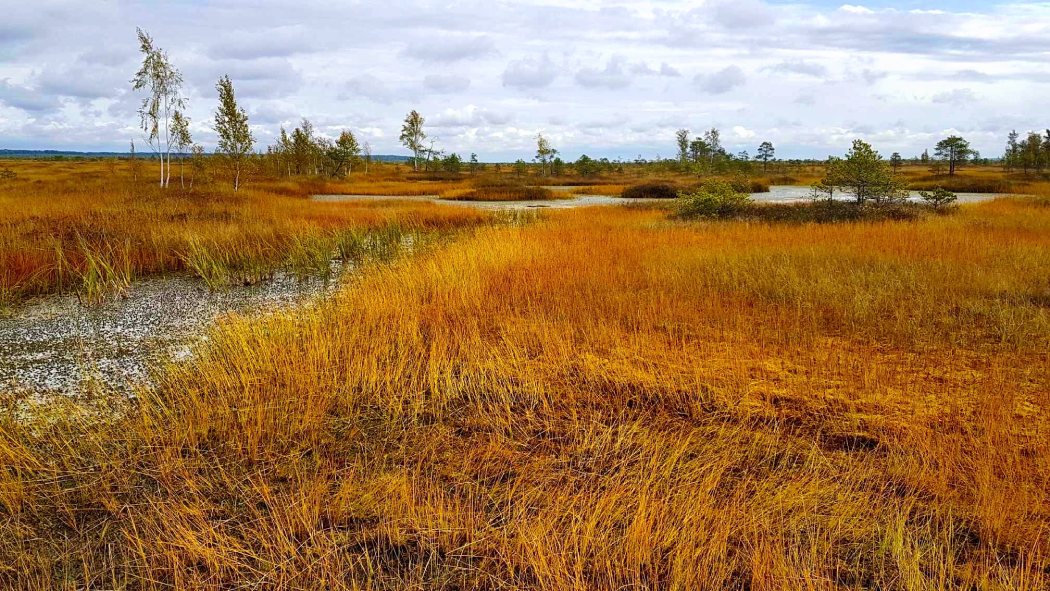 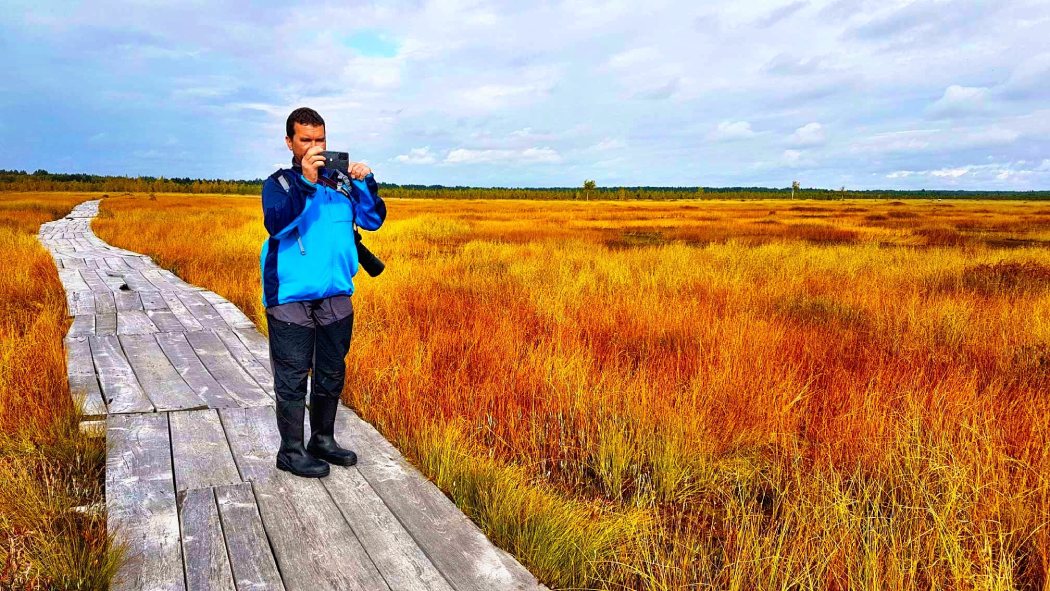 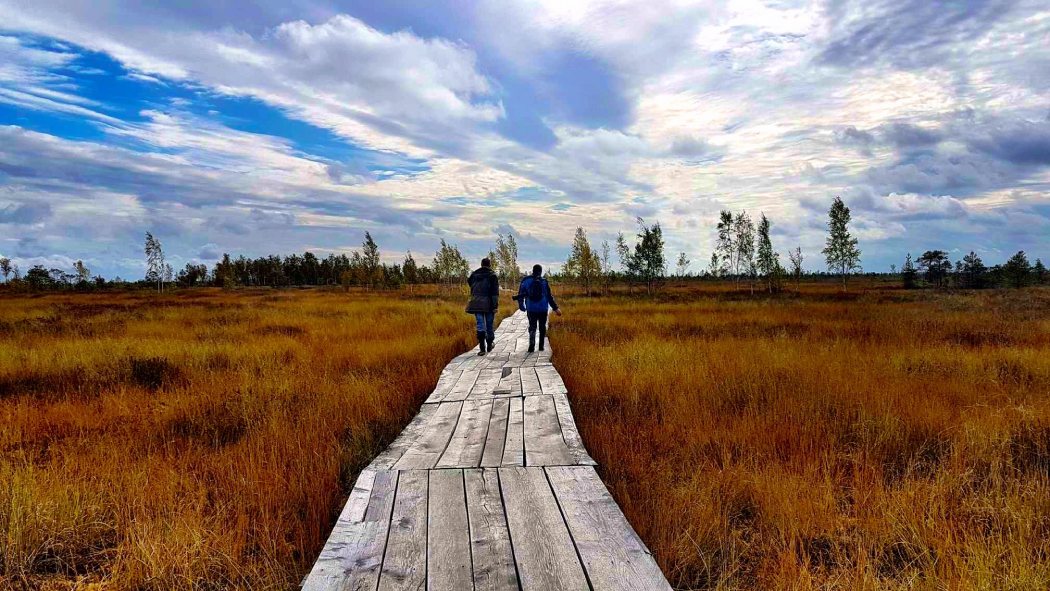